Altnagelvin Hospital’s new £50+million Radiotherapy Unit, which is due to open in 2016, will increase Radiotherapy capacity in Northern Ireland. The Radiotherapy Unit at Altnagelvin is envisaged, not as a single building, but as interconnected clinical areas which are designed along the continuum of the “garden” that incorporates both the external existing landscape and the internal path of the patient’s journey.

Working for McLaughlin & Harvey, Trench Control designed and installed a bespoke temporary works solution to support a section of existing tunnel connecting the existing maternity unit to the rest of the hospital. The tunnel remained live while a section of new tunnel servicing the radiotherapy unit was constructed underneath. The support involved insertion of needles to the soffit of the existing tunnel and the primary support beams were supported on secant piles which also formed the temporary shoring forming the new section of tunnel. 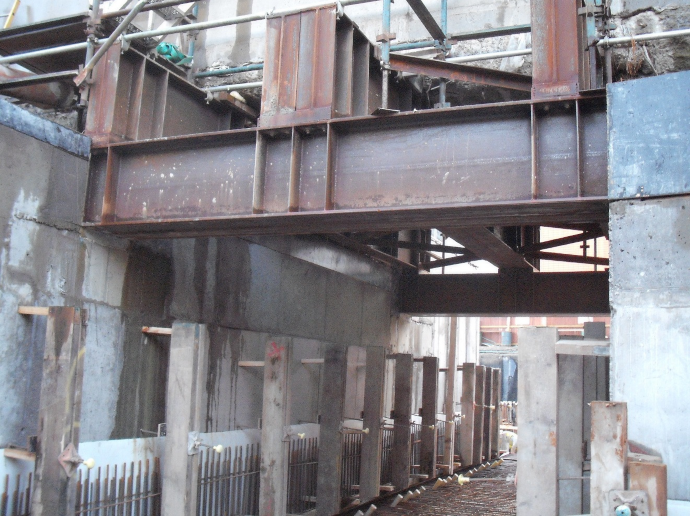